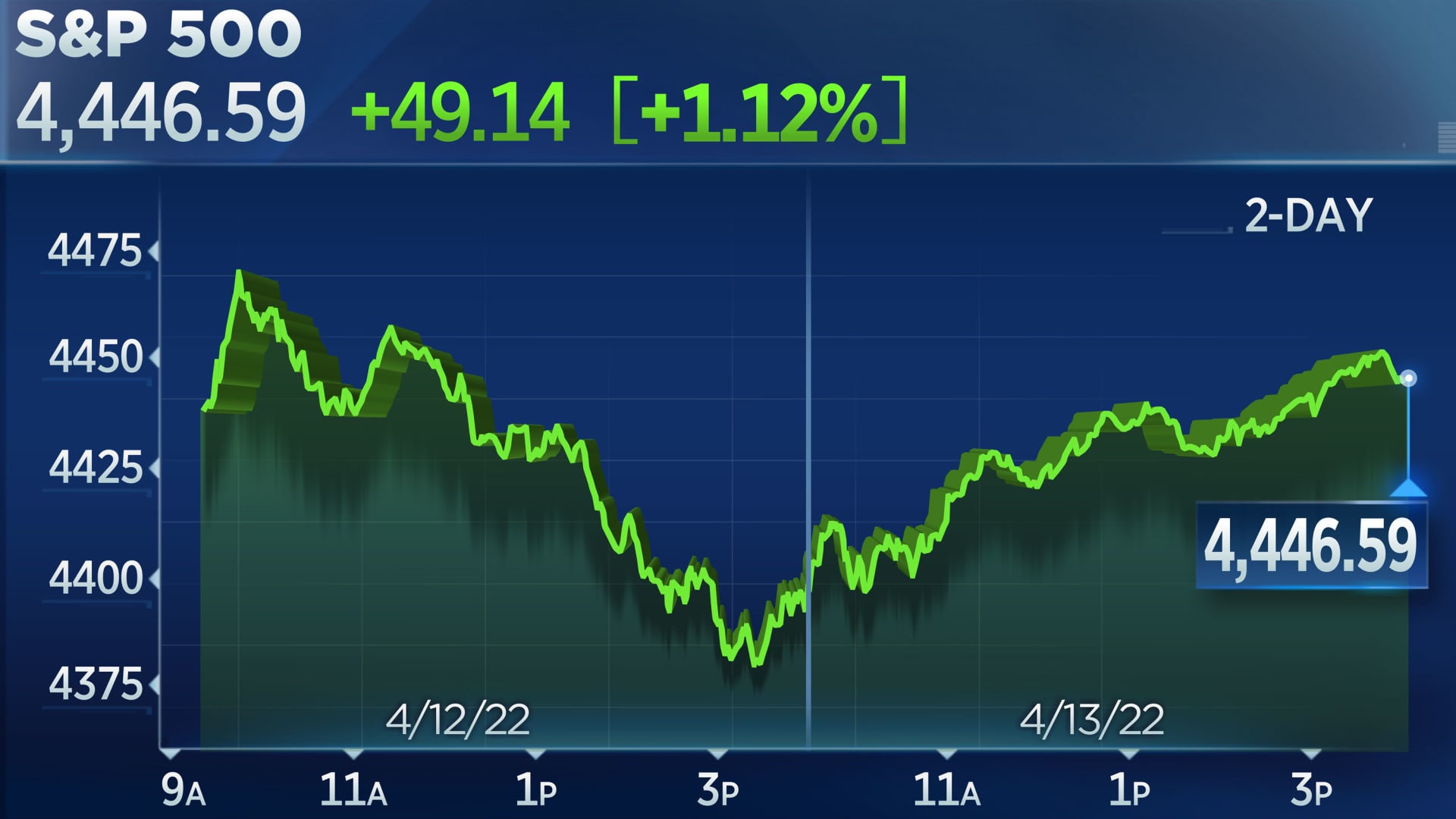 Stocks rallied on Wednesday as the corporate earnings season kicked off with mostly positive results, and traders looked past surging inflation numbers.

Wednesday’s moves come as corporate earnings figure more prominently for investors, who are carefully monitoring for clues on how well companies are managing inflationary pressures. Fastenal and Delta Air Lines traded higher on the back of better-than-expected quarterly results. Delta also got a boost after the airline said it expects to return to profitability this quarter.

“This is going to be probably more important than the typical earnings season,” said Scott Ladner, chief investment officer at Horizon Investments. “Earnings haven’t mattered a ton, because it’s been a macro-based market for a few years now, frankly. But we’re moving away from a macro-based world and we’re in a micro-based world, because of the activity of central banks around the world becoming increasingly more hawkish.”

To be sure, shares of JPMorgan Chase fell 3.2% after the banking giant reported a $524 million hit caused by market dislocations due to sanctions against Russia. The bank also posted a 42% decline in first-quarter profits. JPMorgan did manage, however, to report $31.59 billion in revenue for the period, slightly more than expected by analysts.

CEO Jamie Dimon warned that the bank was building up credit reserves because of “higher probabilities of downside risk” to the U.S. economy.

Analysts in general have tempered expectations for the season amid rising commodity costs, the war in Ukraine and the lingering pandemic. Earnings for S&P 500 companies are expected to increase just 4.5% in the period, the lowest growth since the fourth quarter of the pandemic-plagued 2020, according to FactSet.

“Our sense is that 1Q results will be ‘OK’ relative to expectations and management guidance will be more negative than positive once again,” wrote Chris Senyek, chief investment strategist at Wolfe Research. “As such, we don’t expect earnings trends coming out of 1Q reports to propel equity markets higher. Rather, our sense is that high inflation, Fed tightening, and rising recession risks will remain the key drivers of overall market returns and sector rotation.”

Traders also looked past another data set showing a sharp increase in prices amid rising hopes that inflationary pressures may be peaking.

On Wednesday, a report showed producer prices — wholesale costs that could eventually lead to higher retail prices — jumped a record 11.2% in March on an annual basis. The monthly gain of 1.4% topped the 1.1% estimate from economists polled by Dow Jones.

The 10-year Treasury yield fell to 2.7% following the producer prices report. The yield touched a three-year high of 2.82% this week before pulling back.

The producer prices report followed the consumer prices gauge released on Tuesday which showed an 8.5% surge in March, the Labor Department said on Tuesday. The report fueled further concerns of tighter monetary policy from the Federal Reserve, even as core CPI excluding food and energy costs rose 0.3%, slightly below expectations. Some on Wall Street saw this as a sign that inflation may be nearing a peak.

“I think the market appears to be reacting in a similar way that it did yesterday in response to the consumer price index,” said Jack Ablin, founding partner of Cresset Wealth. “Obviously PPI at 11 handle, to me, is mind boggling, but I think the peak inflation narrative still holds.”