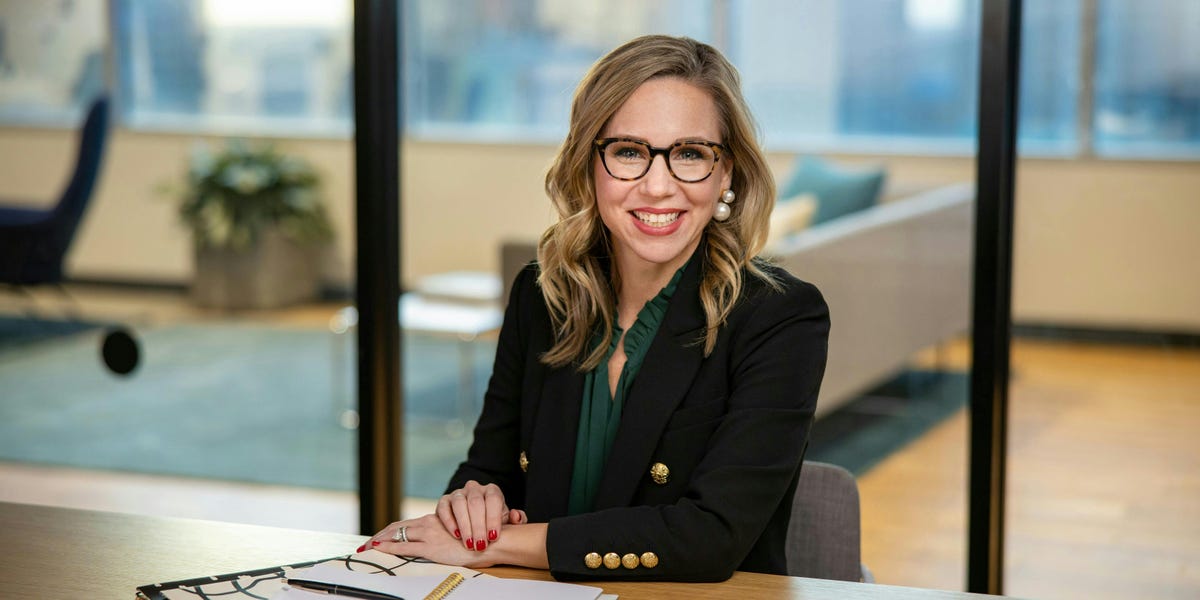 BlackRock bond market chief Rick Rieder wrote in March that the Federal Reserve might be facing “the toughest balancing act we’ve ever seen.”

But many of the same challenges confronting the central bank are making life difficult for investors as well. They’re trying to keep their portfolios afloat during a time of high inflation, war, and climbing interest rates — but if those factors indicate that investors should run to safety, the growing economy and historically tight jobs market both make strong arguments for looking on the bright side.

“There’s just a lot of unique events happening right now. It’s hard for even for the professionals to determine which direction we’re going to go in,” said Lindsey Bell, the chief markets and money strategist for Ally. “People are super nervous about where we go from here.”

In an interview with Insider, Bell suggested investors focus on a couple of major points as they try to get a handle on their nerves as market turbulence increases.

Consumer spending comprises about 70% of the US economy, so when consumers get reluctant to spend on items like entertainment, homes, or travel, it can be a real warning sign of problems ahead. But while recent surveys indicate that consumers are nervous, Bell says their actions indicate that they are in terrific shape.

“Consumers have been really resilient. They remain on much more financially solid ground than they were pre-pandemic. And they clearly have the desire to spend right now,” Bell said.

She says their willingness to spend, and the overall trend in inflation — whether it’s staying high or approaching normal — are going to determine where the market goes over the longer term.

While high inflation makes trouble for a lot of companies, Bell notes that buying stocks has historically been a good way for people to keep their money safe, and even beat inflation.

“Being invested in the stock market has been a natural hedge against inflation over long periods of time, because it typically outperforms inflation over the long term,” she said.

Over the last year, when inflation has risen to 8%, the S&P 500 is up almost 10%. That’s a strong hint that even as companies grapple with the worst inflation in 40 years and many investors watch their profits erode, they shouldn’t give up on stocks.

Investors got a major recession warning in late March when parts of the US yield curve inverted, which meant short-term interest rates were higher than long-term ones. Historically, that’s been a sign a recession is coming. But Bell emphasizes that it’s not a foolproof signal, and it also doesn’t necessarily mean a recession will happen soon.

“One thing they should find comfort in is that after the yield curve inverts, you have about 18 months before a recession can hit,” she said. “You should never try to time the market, because that’s just a fool’s errand.”

That’s true of the housing market as well, she adds. The market for houses might be even more complex and less transparent than the stock market, and people who need to buy a house often don’t have the option to wait out an unfavorable market.

How to invest right now

With those ideas in mind, Bell explained how she looks at the stock market today. She said she thinks consumers are going to continue to spend at a steady pace, which makes airlines look like bargains and should give restaurants more room to run after their recent recovery.

She also said healthcare stocks and the right tech companies should give investors a good defensive foundation.

“They typically are very consistent at beating or meeting Street expectations, and in periods of uncertainty, they tend to outperform the market from an earnings and price performance perspective,” she said of healthcare companies .

While higher interest rates are generally bad for long-term growth stocks, a group that usually includes tech, Bell says that rates are still very low and are negative in real terms, which means that gradual increases won’t be that bad for the sector.

She’s comparatively bearish on energy companies, saying that “the trade might be starting to feel a little bit long in the tooth” after the dramatic gains many of the stocks have made this year.

While there isn’t currently an ETF dedicated to the restaurant sector, the Invesco Dynamic Leisure and Entertainment ETF includes numerous restaurant stocks among its holdings.