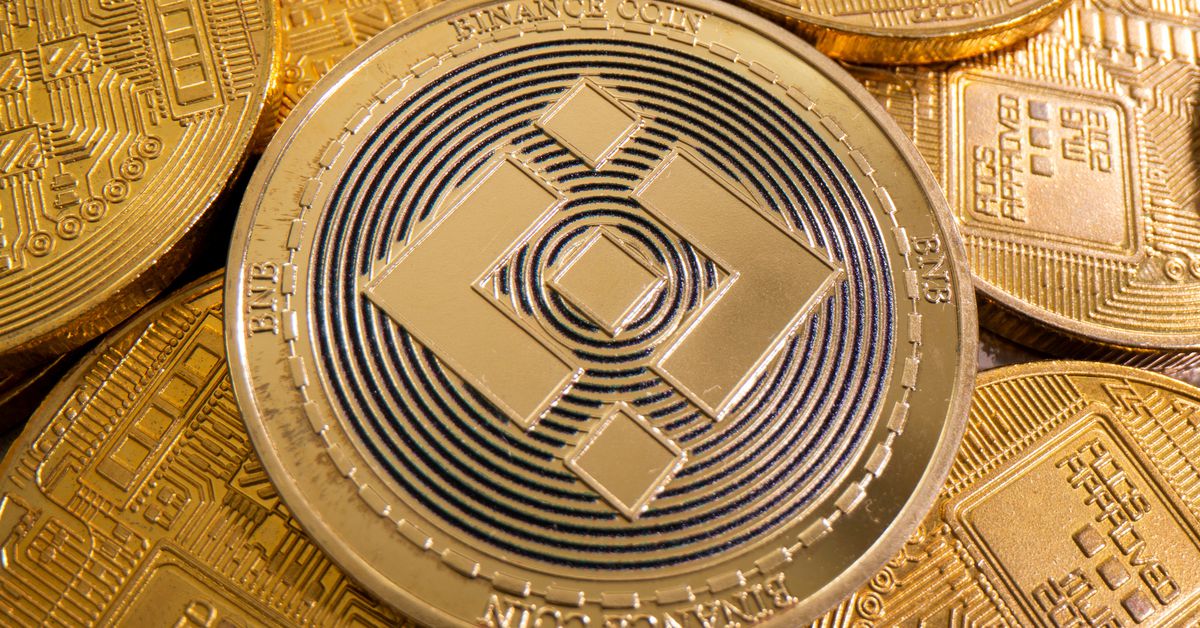 A representation of cryptocurrency Binance is seen in this illustration taken August 6, 2021. REUTERS/Dado Ruvic/Illustration/File Photo

April 21 (Reuters) – The world’s largest cryptocurrency exchange is deactivating the accounts of its major clients in Russia, it said on Thursday, cutting back its services in the country in line with European Union sanctions.

Binance told users that Russian nationals and people living in the country, as well as companies based there, that hold crypto worth over 10,000 euros ($10,900), would be banned from making new deposits or trading.

Affected clients would however be able to withdraw funds, it said.

Accounts for Russia-linked users that have completed address checks and hold crypto worth less than 10,000 euros would remain active, Binance added.

In its fifth package of sanctions on Russia, the EU this month targeted digital wallets used to store, send, receive and spend cryptocurrencies, part of broader efforts to close potential loopholes that could allow Russians to move money abroad. read more

Binance, along with major U.S. exchanges Coinbase Global Inc (COIN.O) and Kraken, had rejected calls from Kyiv for a total ban on Russian users after President Vladimir Putin ordered the invasion of Ukraine, which Moscow calls a “special operation” to demilitarise and “denazify” the country.

Binance said in March it would not “unilaterally freeze millions of innocent users’ accounts”, but that it would ensure compliance with sanctions.

It also said last month that cardholders of Russian banks subject to sanctions would not be able to use the cards on their platform and confirmed that individuals in the same category had had their access restricted. read more

Reporting by Tom Wilson in London and Mrinmay Dey and Akriti Sharma in Bengaluru; editing by Uttaresh.V and John Stonestreet